AMT provided design services for H&H modeling and drainage improvements for over 1-mile of MD 335 and MD 16 roadways in Church Creek, MD for MDOT SHA. The existing system did not have enough capacity and lacked positive drainage causing water to sit in the drainage ditches where it presents a safety concern amongst the residents and the standing water harbors mosquitos. The drainage improvement project also included redesign of the intersection and post office parking area.

AMT provided design from concept through construction for the open and closed storm drain systems, culverts, ditches (often wetland and waterways), and replacement of existing twin-54” culverts under the intersection. The drainage system is tidally influenced with minimal relief across the project area so a thorough evaluation of the flow capacity of the existing system and proposed alternatives included an understanding of the expected peak flows that are routed through the system based on the design level of service required. A Win-TR-20 hydrologic model was developed to estimate the flows and those were used in a XPSWMM 2D model to accurately model the storage and flow patterns with the downstream tidal conditions. The 2-D modeling was performed with both XPSWMM and Hec-Ras 2D to analyze over 90 culverts and pipes, optimize the drainage design, and reduce flooding.

The modeling analysis showed that the most efficient system was to separate the combined flows from the MD 16 and MD 335 storm drain systems to have two different outfalls into the tidal channel downstream. The separation of the two storm drain systems combined with the upgrade of the size, type and elevations of the storm drain systems, driveway culverts and cross culverts improves the function of the drainage systems by creating more capacity and reducing hydraulic losses and inefficiencies.

The large culvert system runs diagonal through the intersection and had been modified with junction boxes and new drainage connections over the last 60-years. The metal pipes were failing and causing significant roadway damage. AMT evaluated several options to replacement the pipes including a replacment concrete box culvert and slip-lining.  The box culvert was sized and designed to accommodate for the minimal cover and saturated soils underneath. Ultimately is was determined that the cut and cover operation required to replace the diagonal pipes with a concrete box culvert was too much of a concern for the safety of motorists and construction workers during the various phases of the maintenance of traffic plans so the slip lining option was selected and constructed as the first phase of construction prior to the other drainage improvements and roadway work. 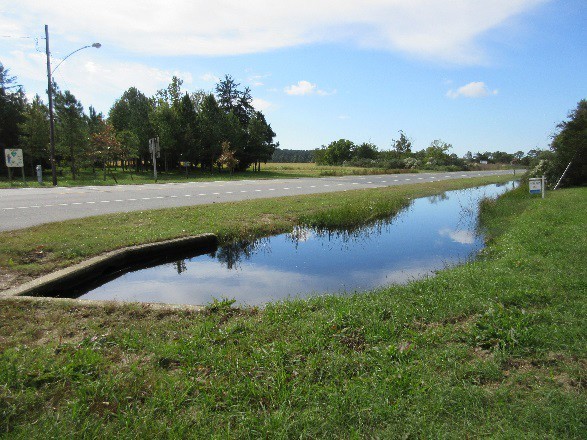 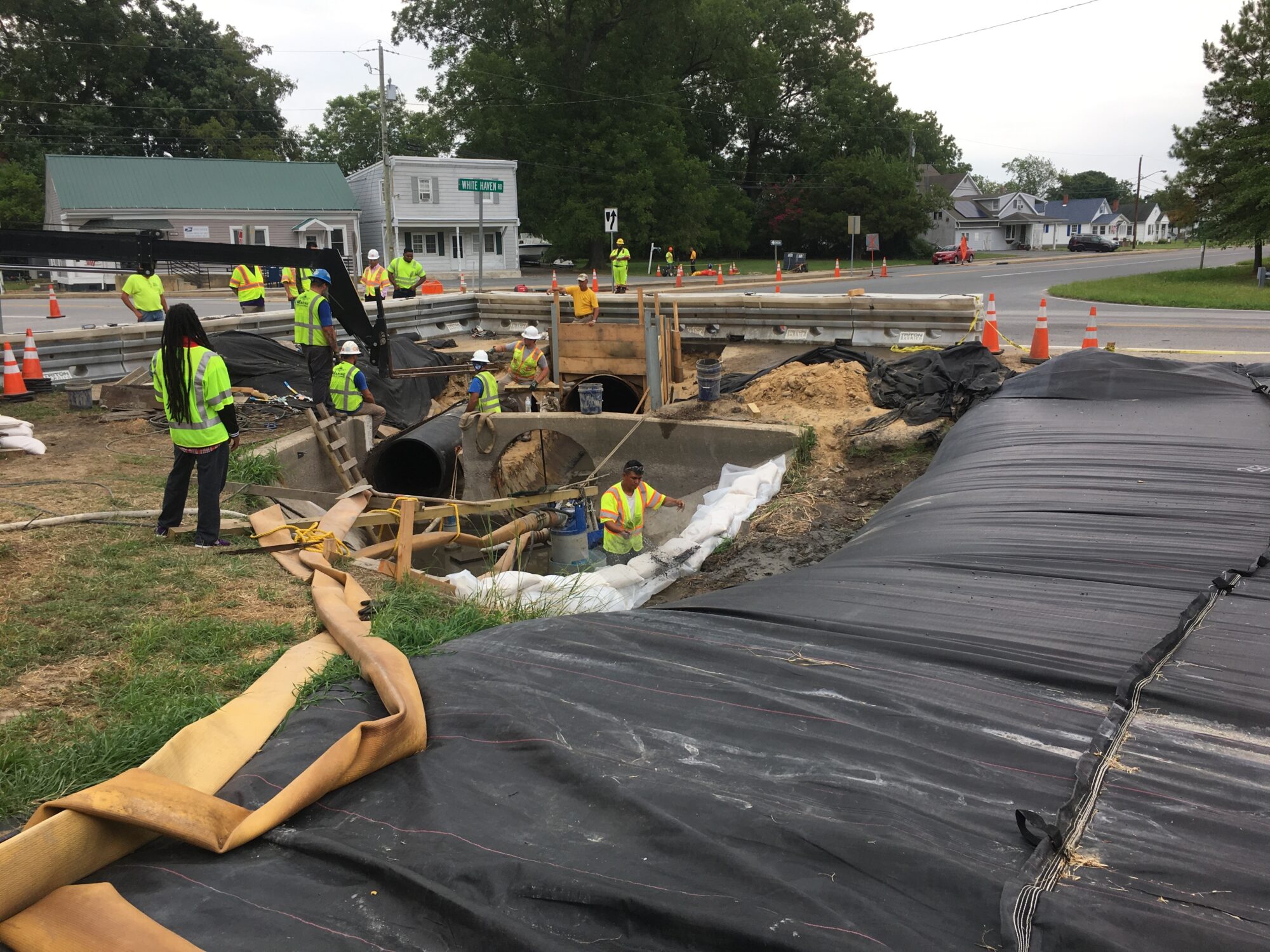