To address the need for pier upgrades and replacements at Somers Cove Marina Pier, the Maryland Board of Public Works approved $1.39 million in Waterway Improvement Funds for the project. AMT provided the engineering design required for this work, bringing the 40-year old facilities up to date.

The improvements for the Somers Cove Marina project included extending the fuel pier, demolishing the boardwalk, replacing it with a new floating pier, and replacing an existing wood bulkhead.

The project extended the marina’s fuel pier by 66 feet and made other much-needed repairs such as re-decking to improve both safety and functionality. The extension, combined with improving the adequacy of the pier’s utility connections and hydrants, makes approach and docking easier for boaters.

The original pier, which dated back to the mid-1970s was replaced with a modern floating dock with 26 slips ranging from 40-50 feet long. A new section of the floating dock accommodates vessels up to 100 feet. Floating docks are very popular with boaters because they rise and fall with the tides, alleviating the need to adjust dock lines often and making boarding safer. In fact, the marina had a waiting list of boaters who wanted a slip on the new floating dock system before it was complete.

Finally, the existing Boardwalk at Pier G was removed and disposed off-site.

The new boardwalk and floating dock area includes the necessary number of accessible slips to meet ADA requirements. The exact dimensions, number and size of slips, and mooring pile spacing was developed, and the dock was designed in accordance with ASCE Report No. 50. 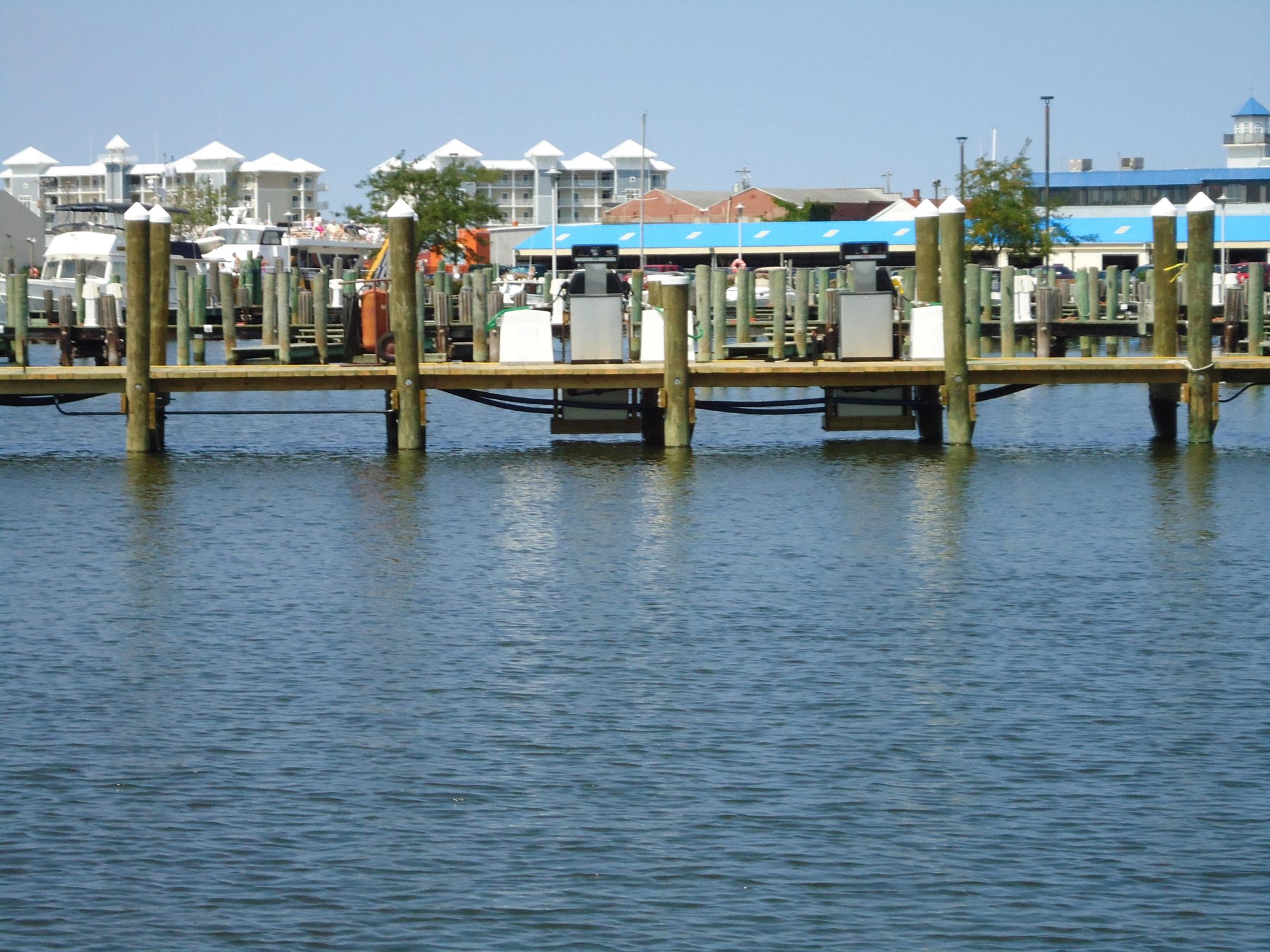